The 2022 Hendrick Hudson Chapter Speaker Series honors Flag Day with a talk on Zoom by paleobiologist/paleoecologist Mark Lawler of Saranac Lake. He explores the story, the “elephant’s tale” it could be called, of the 1705 discovery of the world’s first mastodon, which was unearthed in what would become the Town of Claverack. With the ensuing debate about what it was and what it meant for the then-current understanding of the “great chain of being,” it would become a symbol of American pride and patriotism.

Around the world, the question was asked: what was this unknown creature? Many believed that it was part of the remains of a human giant as noted in the Bible. Debate would continue over the next 100 years as more remains of this mysterious animal were found. The animal was finally correctly identified and given the name mastodon at the beginning of the 19th century. Its discovery and subsequent analysis also led to the notion of extinction, that animals can disappear and break the great chain of being. While the debate was raging about the identity of this unknown animal, America as a fledgling country was trying to find its own identity in the face of claims of inferiority coming from Europe. The mastodon would serve as a symbol of American pride and patriotism, becoming a symbol of strength and helping to defeat the notion of European superiority.

Paleobiologist/paleoecologist Mark Lawler obtained his master’s degree in geology from Northern Arizona University. He obtained a second master’s in interdisciplinary environmental studies from Antioch University, New England, where he is working on his PhD, with his research focusing on the paleoecology of Ice Age caribou in Eastern North America. Mark is a college instructor teaching online courses for five different colleges in geology, biology, and environmental science. In his free time, Mark enjoys hiking and exploring the Adirondack Mountains with his wife.

The talk will be broadcast over Zoom on Sunday June 12th at 3:30 pm. A meeting of the Hendrick Hudson Chapter begins on Zoom at 3 pm but you can wait until 3:30 pm to join if you prefer. Registration is required; CLICK HERE TO REGISTER.

The Hendrick Hudson Chapter of the DAR was chartered in 1896, over 125 years ago. A nonpartisan organization welcoming eligible women without regard to race, creed, or religion, it includes 130 members who trace their lineage back to a patriot in the American Revolution–whether serving as soldier, shopkeeper, or seamstress. In accordance with the National Society DAR, members work to perpetuate the memory and spirit of the women and men who achieved American independence, to promote the development of an enlightened public opinion, and to foster patriotic citizenship. 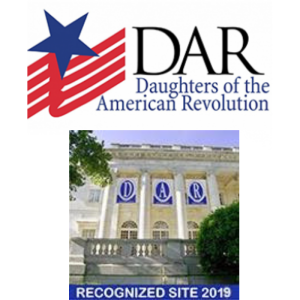